Although I now live in Southampton, I’m originally from Bristol and lived there for the first 23 years of my life. I visit often, as my family still live there and I find it a lovely place to be. The whole city has a much more unique feeling than Southampton.

While in Bristol, I tried to cram in as much as I could as I was only planning on going for the day (in the end I ended up staying the night, but left pretty early the next morning). I had also read about See it Blog it over on mylifeinknitware.com which made me decide to explore part of the city I had been through probably hundreds of times, without taking notice of my surroundings.

I was quite happy on my way to the station, although there were lots of omens that made me think I might not actually have such a good day as I was expecting. There was a man passed out in a bus stop. Someone got off a bus and made sure he was ok before I got there, so I left him to sleep. Then there was also a pigeon that looked like it had just kind of died and fallen out the sky. The train journey went without a problem though, and that was, for the Saturday anyway, the end of any problems.

First, as soon as I got off the train and headed to the bus stop, I took a look at the train station itself. Bristol Temple Meads is pretty large, and there’s normally so much traffic and tall buses around that you can’t see it properly. Still being pretty early, I managed to take this: 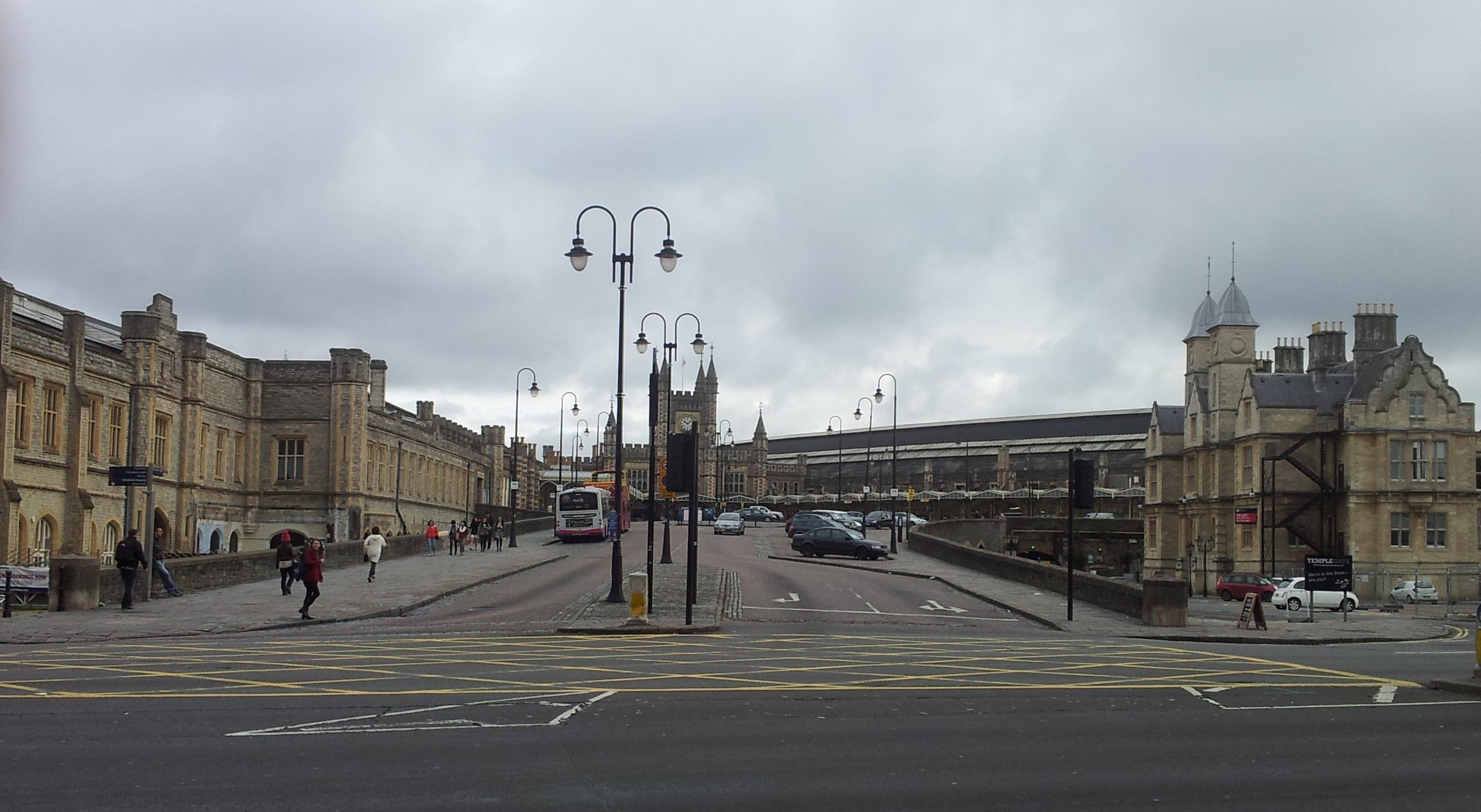 It’s interesting, because unlike most of Bristol, where old buildings and new sit together, sometimes overlapping, Temple Meads is pretty old. Take away the cars, traffic lights and signs and you can easily imagine what it used to look like. The building on the left actually used to be the station, but now it’s the building directly in front.

I then paid a visit to St Nicholas Market. I’ve explored this place thoroughly so it wouldn’t count at all for See it Blog it. I couldn’t resist a visit though, as this has to be one of my favourite places in Bristol. You can buy anything in there, all from independent, local traders. I bought some sauce from Dr Burnorium’s Hot Sauce Emporium and wandered the market, just taking in the sights and smells. It was nice and quiet as it was still only 10.30am.

Next I walked to the centre and hopped on a bus to visit my grandparents. When I left them after lunch, I headed to Clifton to investigate a new wool shop. I’m so glad I did. Beshley’s Wool Shop was one of the most inviting, wonderful wool shops I’ve been in. Beshley herself was very welcoming, and I didn’t feel at all awkward taking plenty of time to look at and feel all the wonderful British wool she stocks. I was on a hunt for some lovely soft chunky wool for some bedsocks for my grandma. I found the perfect thing: 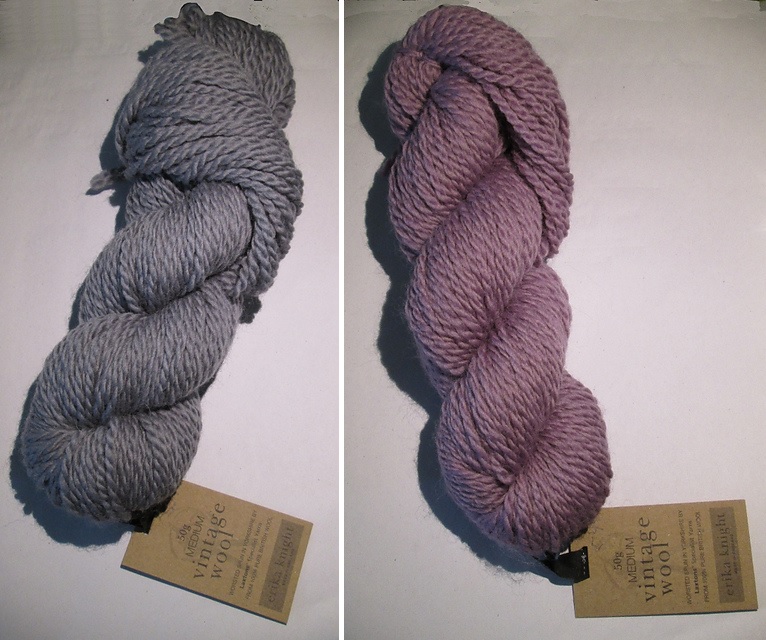 I also couldn’t resist this Exmoor Sock Yarn in peacock. The picture just does not do the colour justice. 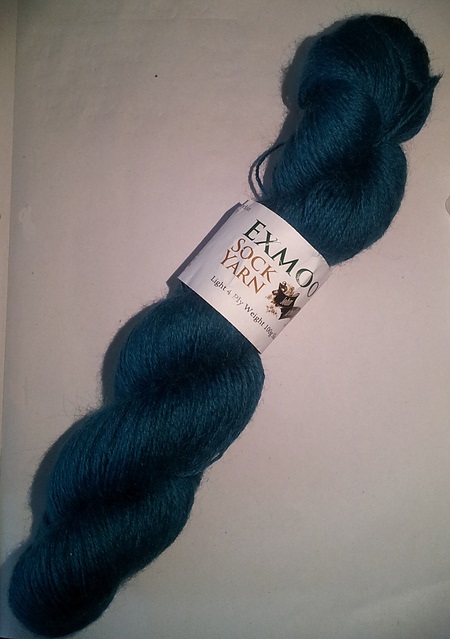 I was also very happy about the prices, and it proves that you don’t have to pay ridiculous amounts to get high quality, local yarn.

I managed to drag myself away from the loveliness of the shop and went to find a bus (they’ve changed some routes) back to the centre. I also managed to help out a lost woman on the way.

When I reached the centre, my goal was to explore Nelson Street, a previously dull and grey, partly derelict street that has become vibrant and colourful with the See No Evil Graffiti Exhibition. I’ve been through this street many times on the bus, but I’ve never walked along it and taken notice.

The first view is from the centre, of the huge man pouring paint, painted on the side of one of the taller buildings. 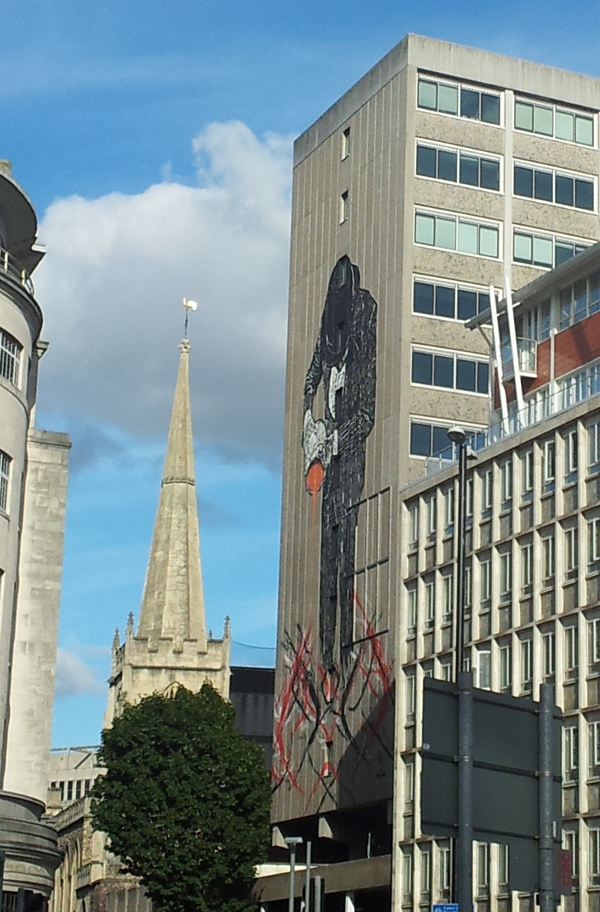 Next to that is an interesting design, which appears to revolve around machinery. This is above a ‘Welcome to Bristol’ piece. 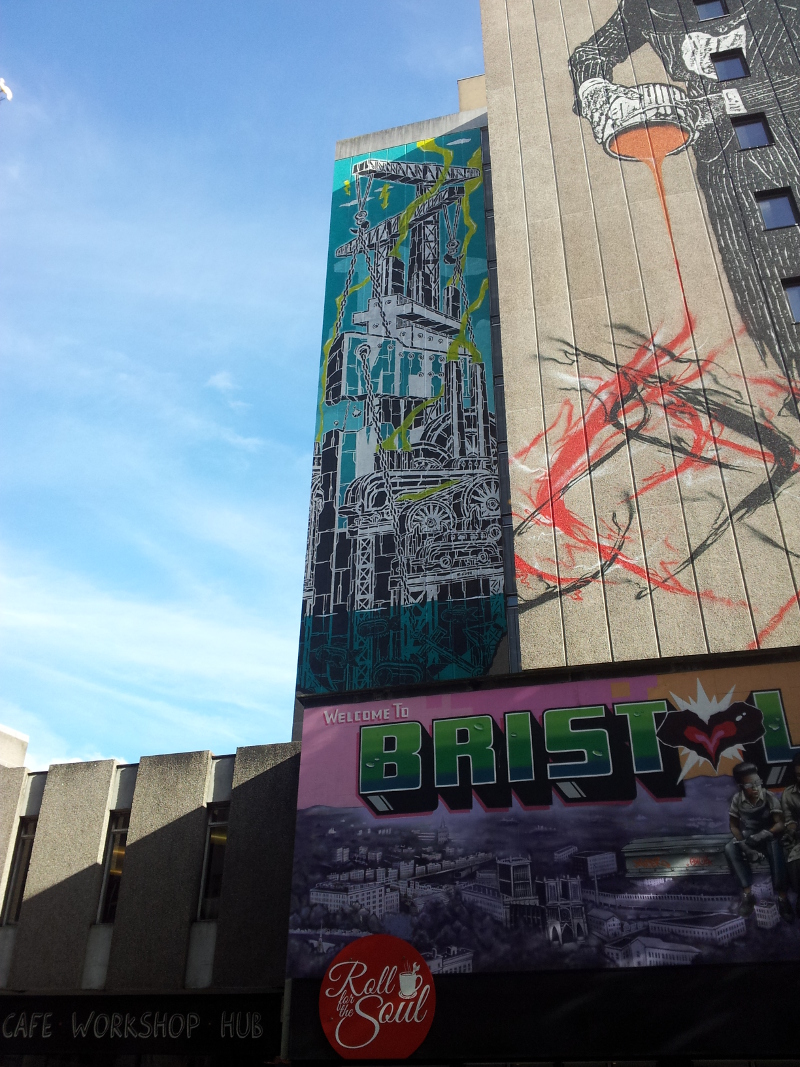 Walking along a bit, you get to this church, which just shows the mish-mash of buildings in Bristol. This is in the middle of all the graffiti. The time is wrong, as with most clocks in Bristol. It was about 3.45pm. 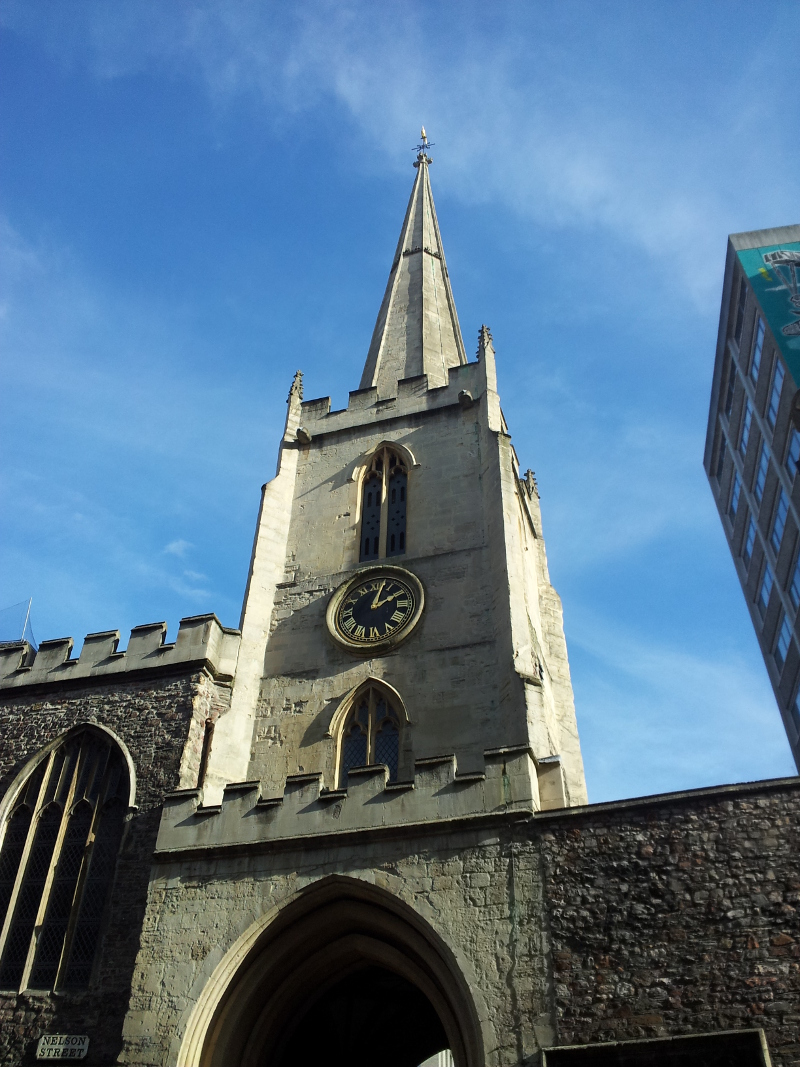 Next is a very impressive piece, on the side of a building. The amount of detail here is unbelievable. 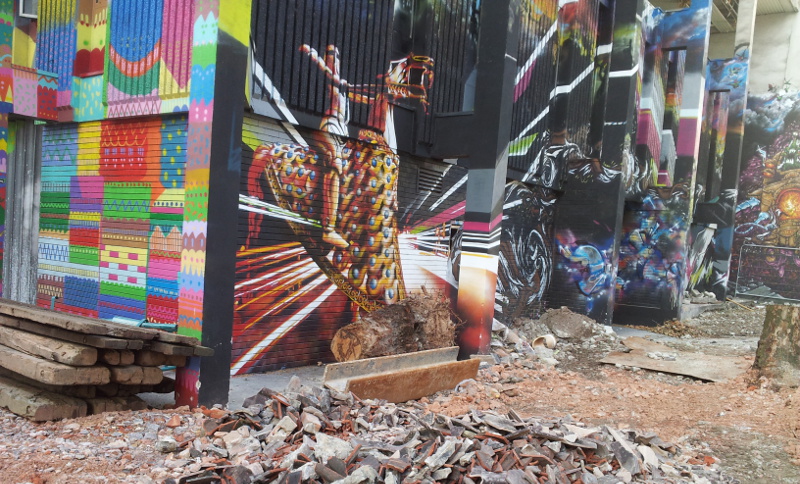 This is at the end of the same mural as above. Again, the detail! 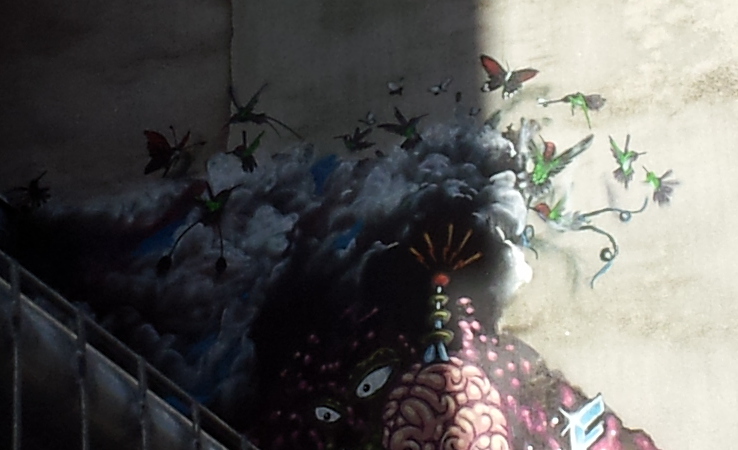 Which is the right way? Which is the wrong way? Note that this is a one way road, apart from for cyclists. 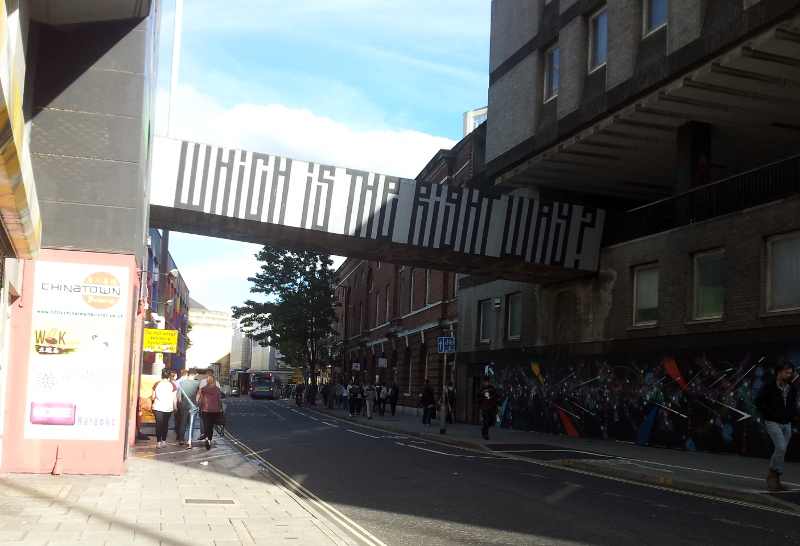 Finally, right next to my bus stop. 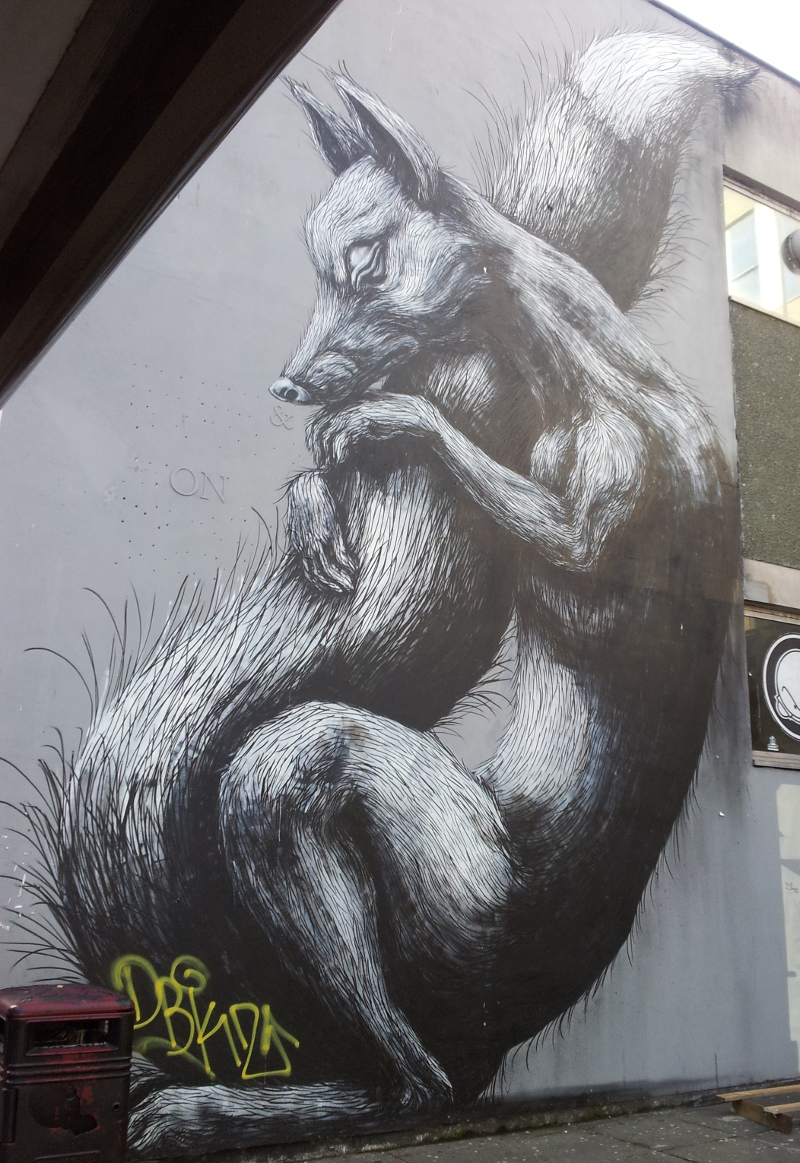 I headed to my parents’ house, where they were finishing laying the carpet and decorating the downstairs. I ended up staying the night, which wasn’t the original plan, and headed back to Southampton in the morning. That journey wasn’t so easy though, as the train I was on was cancelled and I had to wait for an hour at Bath Spa. I ended up sat on the floor of the platform knitting, because why not? This resulted in a happy elderly woman who smiled at me a lot. Then on the train, a man sat next to me and somehow knew I was knitting a hat (it was all crumpled on my lap), and said that it looked very nice. I suppose on the plus side of that hour longer than expected journey, I got to do a lot of knitting!

Take a look at what other people have done, or take part in See it Blog it at My Life in Knitwear.

2 thoughts on “See It Blog It: October”