Sorry it’s been a bit quiet at Crafterways over Christmas and New Year. I hope everyone has had a lovely break.

I’ve got a few things on the go that I plan on completing in the not too distant future.

The first is my Rough Weather socks from Think Outside the Sox. I thought they were suitable considering the weather we’ve been having lately! I finished the first one over Christmas and want to get the second done fairly soon. I’m using Regia sock yarn for a change. I’ve had it in my stash for a while and it’s the perfect colour for these socks. 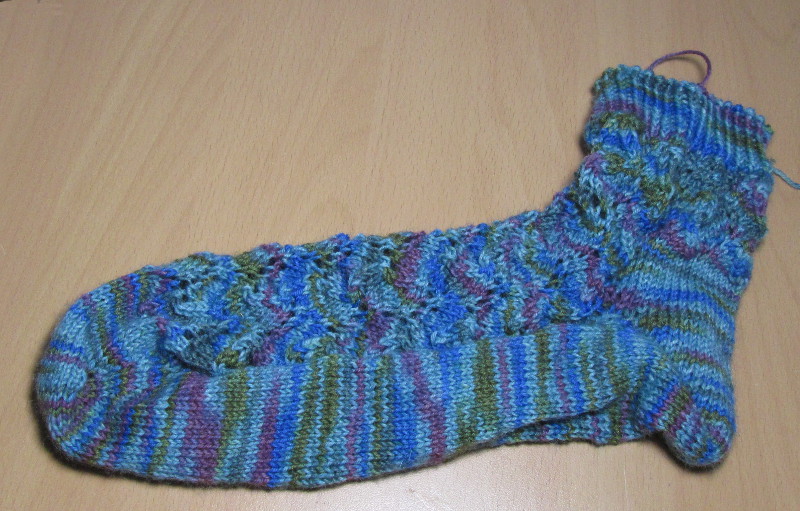 The second, my Thermal, hasn’t really grown much. I took it with me to knit over Christmas but didn’t take any spare yarn. This would have been fine had one ball not decided to be thinner than the other, so I had to stop and wait until I could swap it out for a real one. Not sure why that happened, but it was cheap yarn so that might explain it.

The third, and final for non-hibernating projects, is my Demalangeni Shawl. I’ve had this yarn for a while, and I finally found the perfect shawl for it. It’s Araucania Ranco which I love, and I’m hoping it turns out well. It looks it so far!

For Christmas, I got a ball winder and swift. I’ve wanted these for a while. I immediately set about using them on my new Exmoor Sock Yarn as it’s the only thing I had.

When I got back to my stash, I then also wound some yarn that I had previously hand wound. I love the neat cakes the ball winder creates, and they’re so much easier to knit from than hand wound balls. 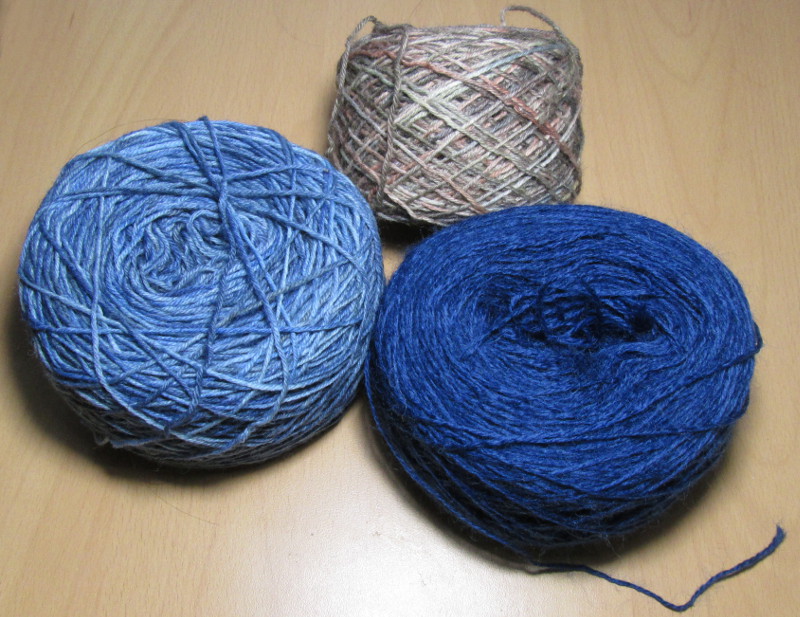 For Christmas I also received a little tripod, so hopefully that will improve the quality of my photos here considerably!

This year I am setting several crafty challenges for myself. The first is to knit a pair of socks every month. A group on Ravelry has set a theme (flora) and you have to find and knit patterns that in some way relate to a particular flower. It’ll be quite a challenge, but hopefully by the end of it I’ll (and various other people) will end up with some more lovely hand knit socks.

With some of my Christmas money I bought this book on dressmaking and this is where my second challenge comes in. For several years I have attempted to teach myself, with no help from books or anything, how to make clothes. I can make simple skirts, but that’s about it. So I decided it was about time I learned how to do it properly. Hopefully in the not too distant future you’ll see works in progress and finished objects not only from knitting, but also sewing!

My final challenge is to finish things! I’m really bad at finishing anything that isn’t socks or a shawl, so my challenge is to not start too many things. I need to at least finish my Zora cardigan, and not let myself start a new one until Thermal is complete. That is going to be quite difficult seeing as I found this for half price in the John Lewis sale.

It’s Wendy Roam in a lovely blue colour. I’m going to use it doubled so whichever cardigan I choose to make from it doesn’t take forever.

Have you set yourself any crafty challenges for the year? I’d love to hear about them!

I’ve got two things to show you this Work in Progress Wednesday. They’re both knitting, as per usual.

The first is a pair of socks for Nick. They are Split Reed from Think Outside the Sox. They’re coming on fairly well, although I’m knitting then with 4ply rather than DK as written. I’m using King Cole Zig Zag (as usual) in the Granite colourway.

The second is Thermal. It’s slow going, but it’s getting there as you can see when you compare it to last week. 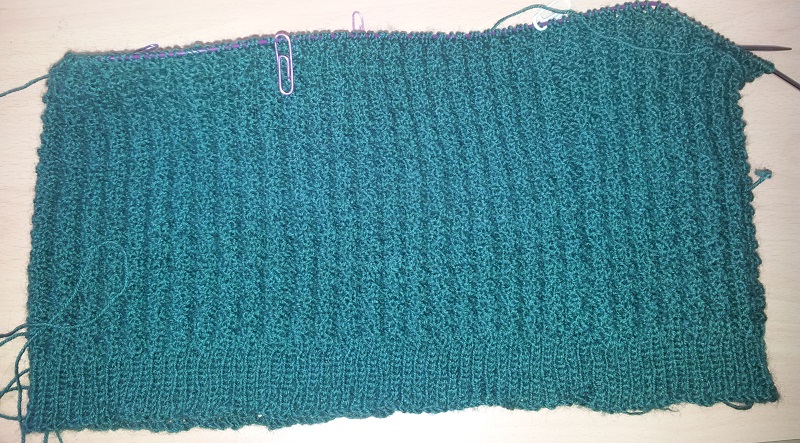 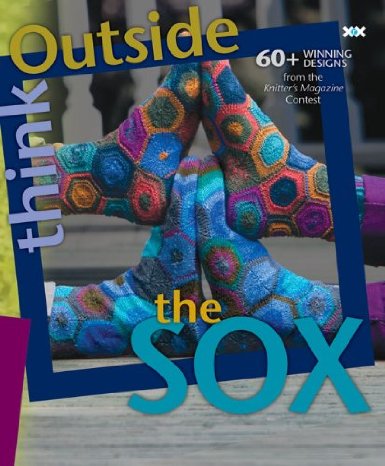