I’ve only been working on two things this week. Nick’s Split Reed socks: 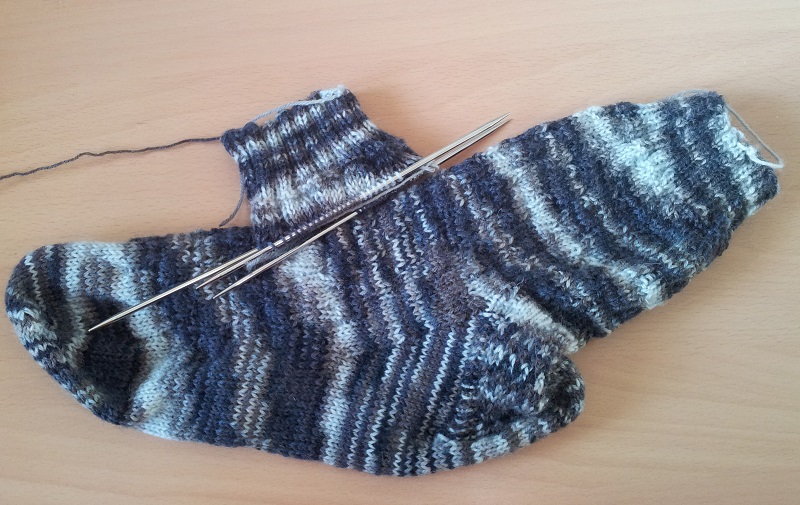 And Thermal, which I won’t post yet another picture of as it’s not really grown much since last week.

As the first sock came out with a kind of spiral going down it, I’m knitting the second sock in the right way (purling) rather than inside out, which is how I usually knit in the round (as explained below). I had to unpick quite a few rows as I got the tension wrong, but I think I’m on track now.

I did find out this week that the way I knit in the round is ‘wrong’. I knit inside out, with the work close to me and the needles I’m working with furthest away. I know it’s considered wrong, but it’s how I do it, and I haven’t had a problem yet.

NaKnitMo is going well. I’ve upped my goal to 50,000 stitches, of which, as of yesterday, I have completed 29,296. I’m considering upping my goal again to 75,000 but that depends on how well the next few days go as I’ve haven’t done so much in the last few days.